Tricolor Cats – Are They Calicoes or Torties?

Tricolor Cats – Are They Calicoes or Torties?

They almost look like they’ve been hand-painted, don’t they?

But tricolor cats are complicated.
At least, ours are.

We have a mother and daughter pair: Calliope, and her little girl Snorty.
Now, these cats have really similar markings – but entirely different personalities…

We adopted Calliope as a baby, and she’s had a pretty sweet life.
Plenty of naps in the sun.
Cat food on request.
Adoring humans always up for a cuddle.

Even so, Calliope is super anxious.
She’s sure the apocalypse is just around the corner, and she’s ready to run for her life. 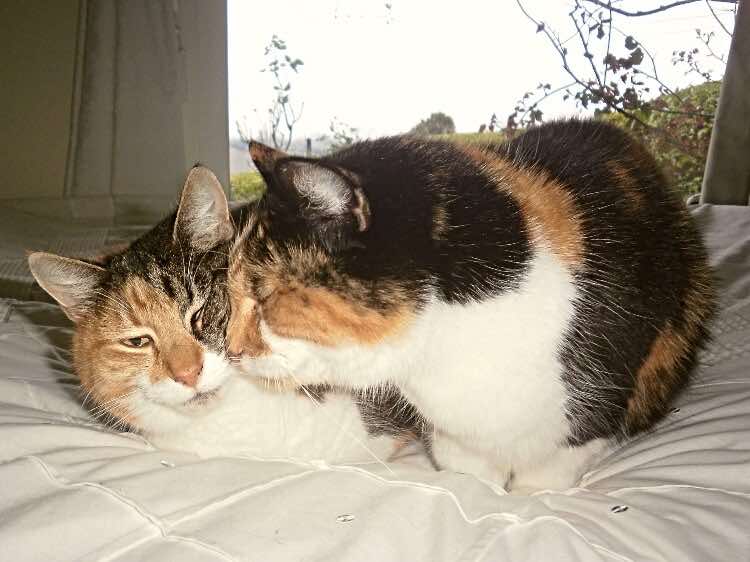 But her daughter Snorty doesn’t understand stress.
She loves being told she’s most beautiful cat in the world.
She’s always suspected it.

The Snorts expects a constant stream of compliments.
And if a 4th breakfast happens to be on offer, well, sign her up for that, too.

As you can see, this pair of tricolor cats have very different personalities.
But their markings are quite similar.

So what would YOU call them?

They have a lot of white on them, so yes, maybe that’s what they are.

But wait just a second.
They also have sections of mottled colors, all whirled together.

Doesn’t that make them torties?

Hmm.
Time for a closer inspection.

Let’s Look at the Evidence: Calicoes or Torties?

Exhibit A: The Tricolor Cat Belly

Calliope’s tummy looks pretty much the same.
But she’s too embarrassed to flaunt it like her daughter.

Now that amount of white looks to me like these cats could be calicoes, doesn’t it?

Exhibit B: The Tricolor Cat Patches AND Mottled Bits

OK, now it gets confusing…

We have some clearly defined patches of color going on here.
That sounds like another vote for calicoes to me.

Cally and the Snorts are not simply patchwork samplers.
They both also have swirls of color, too, where there are no clear lines.

Suddenly, it seems that they could also be torties.

Each of these colourful cats has one stand-out feature that makes them even stranger.
Their X-factor traits are different, but equally adorable.

Calliope has one tabby leg, and one white: 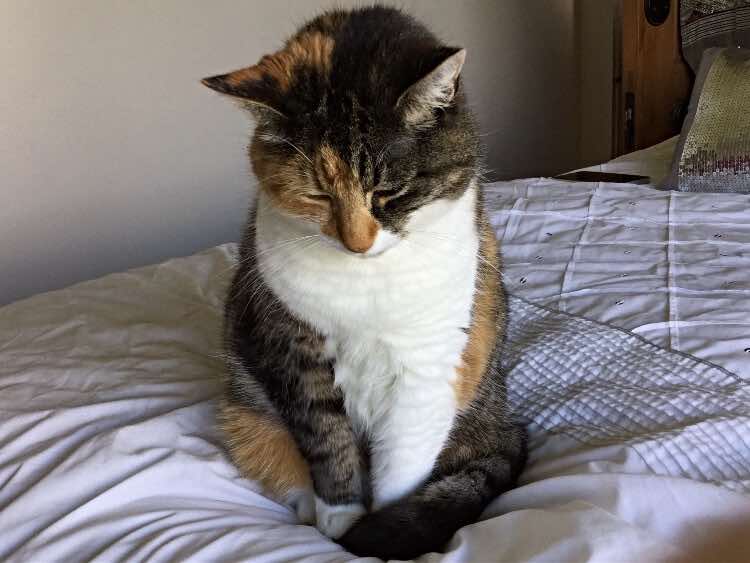 As for the Snorts…

Well, she has a little black heart on her front leg:

In desperation, I turned to Google once again.
Bad move.
Because now there’s a THIRD option.

It seems there’s a tricolor cat type known as a tortico cat.
I’d never heard of that.
Have you?

So maybe THAT’S what they are…

I think the jury may be out a while on this one.

And in the end, maybe it doesn’t really matter.

Calicoes or torties … these colourful pussycats are pure delight.

I know these gorgeous tricolor cats are secretly laughing at me anyway.
They’ll be loving the fact they can keep the humans guessing! 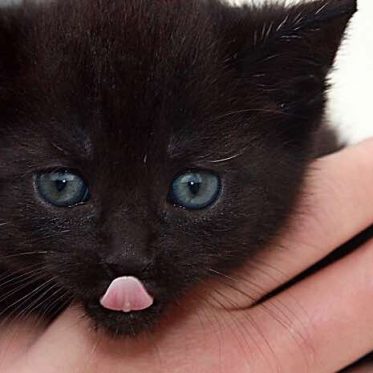 Life Lessons From Cats With Their Tongues Out 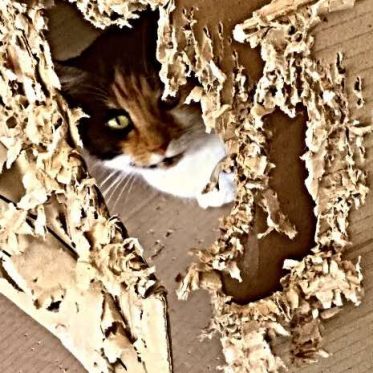 Why Do Cats Like Boxes? Here’s the REAL Reason! 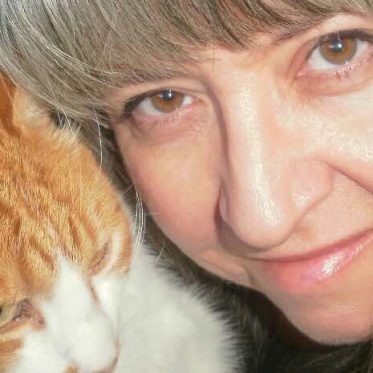 Cat Names: The Simplest Ever Guide 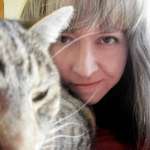 Dr Liz Hardy
Liz Hardy is the founder of CatMamas.com, where cats are not just pets – they’re family.

This site uses Akismet to reduce spam. Learn how your comment data is processed.

Connect With Me at:

2015 © Copyright Dr Liz Hardy
Handcrafted with love by the Jiggle Digital Team
This website uses cookies to improve your experience. We'll assume you're ok with this, but you can opt-out if you wish. Accept Read More